The purpose of the Castlecrag Community Fair is to bring the various elements of our community – particularly our residents and business owners – together in a manner that generates ongoing benefits for all. It is also an opportunity to promote the special features of our suburb to the wider community.

This year the Progress Association made a conscious effort to link the Fair activities in The Postern and its car parks with the shopping centre by locating stalls along the Edinburgh Road footpaths. The community stallholders were most enthusiastic in their response, both in terms of the interaction with visitors and the funds raised.

The response from our business houses was more mixed. Some reported good trade on the day, while others felt that it was below their expectations. The Progress Association has received a complaint that stalls selling coffee and food were in competition with established businesses, and this has been taken on board for the planning of future fairs.

As indicated in the lead article, the Castlecrag walks conducted during the Fair also provided a good medium for promoting our suburb to visitors. We expect that many of those living in suburbs near Castlecrag will be making more visits here as a result of this exposure. Indeed, it was heartening to hear several speakers at the Northbridge meeting on the Plaza (see article from The Crag) comment that they now go to Castlecrag to experience a friendly village atmosphere.

Our Treasurer, Diana Jones, has undertaken a detailed analysis of the financial aspects of the Fair. On the income side, direct sponsorship and donations from local businesses amounted to $3425. Stall fees amounted to $3575 and the income from the raffle and the jumping castle was $1731, making the total income $8731.
Total expenditure was $9270.60 as of 26 June, the major items being the hire of the stalls, chairs, etc ($3745.68) and the printing and delivery of flyers to promote the event ($2967.92). Thus there was an overall loss of $539.

While aiming to break-even, the Progress Association considers this a satisfactory result, as some unplanned costs were incurred when some expected services failed to arrive alternative arrangements had to be made. Our Trash & Treasure stall made $1650 on the day and it has $5300 in its accumulated funds from previous Community Fairs. We will be approaching members for ideas on suitable projects to which such funds can be directed over the coming months.

In the euphoria of the day, several local business people said they would like to see the Community Fair held on an annual basis. Organising the fair is an extremely demanding task and for this reason we have only tackled it every second year.

This year we were fortunate to have Simone Selby come forward with the offer to organise the Fair. Simone did a fantastic job and the Progress Association has formally expressed its gratitude to Simone for the effort she put into making the Fair such a success. We have also formally expressed our thanks to Kathy Burgess, who once again stepped forward to organise the Trash & Treasure stall. 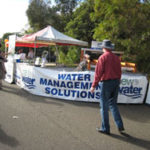 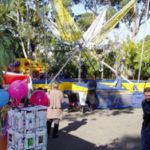 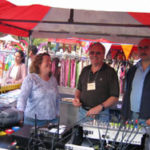 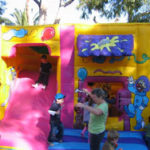 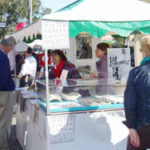 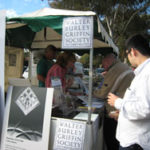 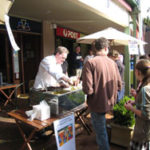